Founding member of international music group Thievery Corporation, Rob Garza’s career includes decades-worth of accolades as a pioneer of a flourishing electronic music movement. Originally hailing from Washington, DC, Garza’s legacy includes a timeless music catalog that’s still in rotation today. His infusion of electronic music with the international flavors of dub, trip hop, reggae, and bossa nova gave birth to a new era of sound that has attracted a cult following across the decades. Since relocating to San Francisco, Garza’s latest experimentations take him to the far corners of the globe with solo DJ sets showcasing the best of Deep House and Nu-Disco. Ever the entrepreneur, Rob has multiple restaurants and clubs in Playa del Carmen, Mexico as well as Papa Diablo, a hand-crafted, top-shelf Mezcal made in Oaxaca, Mexico. Keep an eye out for his upcoming release this March 2015 of his debut EP “ Palace of Mirrors” releasing on his own label, Magnetic Moon Records. 2015 will be an exciting year to come! 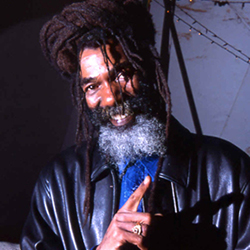 Don Carlos (born Euvin Spencer) Legendary Reggae Artist – Born and raised in one of the most deprived regions of Western Kingston, Jamaica, in a district notoriously known as Waterhouse, which incidentally is also a musical spawning ground for many of Reggae’s greatest ever talents, such as King Tubby, original member of Black Uhuru, The Jays, Junior Reid and King Jammy to name but a few, Don Carlos started his singing career back in 1973, as one of the original members of the aforementioned roots vocal group Black Uhuru. Alongside other founding members, Garth Dennis who later went on to joining the Wailing Souls and Derrick Ducky Simpson Uhuru’s central figure, as part of the trio, Don played a prominent role in the recordings of the highly acclaimed Love Crisis album, for producer Prince Jammy in 1977. The said album was later re-released and re-titled as Black Sounds of Freedom. A year after the trio’s ground breaking debut, Don Carlos surprisingly decided to part company in pursuit of a solo career. Having needed at least three years to get the grips of being a soloist, plus developing a knack for song writing and grooming that distinctive, vocal styling it wasn’t until May 1981 that Carlos really took the fraternity by storm, courtesy of a heavy, roots and culture flavored show case album titled Suffering for Negus Roots. 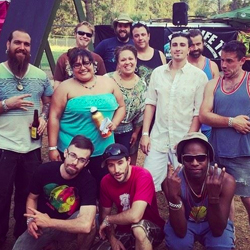 “We write and perform original music and can recreate music by other artists. We are a backing band for multiple Hip Hop artists and have worked with The Chicharones, Scarub, Raashan Ahmad, Myka 9, Abstract Rude, and feature DJ Logic and Bill Summers (of the Headhunters).” –Object Heavy

Raashan Ahmad is a M.C./D.J. He is the lead MC for the bay area collective Crown City Rockers as well as a solo MC. His albums “The Push”, “For What You’ve Lost” and “Ceremony” have garnered worldwide attention from International tastemakers and press including Giles Peterson who invited him to perform at his worldwide music awards in London, a performance at the world social forum in Brazil, a interview on France 24 that reached over 20 million viewers and more. XXL magazine spotlighted him in the “chairmans choice” section, Urb proclaimed him and his crew in the “next 100” , and he has been in the top 10 on CMJ multiple times. Raashan was also slated in SF Weekly’s and SF Guardians best of the bay all the while to touring nonstop in Europe, Japan, Australia, Brazil, North America, U.K. and beyond. Community building and connecting with people is a passion and Raashan works with various youth organizations around the world leading and being involved in workshops to build and teach using components of hip hop culture. Add to that being awarded Album of the year from Radio Grenouille in France and being named on multiple “best of” lists. Collaborating is one of Raashan’s passions and he has collaborated with artists from various genres including Aloe Blacc, Keren Ann, Fred Wesley (James brown), Gift of Gab (Blackalicious), Ta-ku, Geoffrey Oreyama, and many more and he’s only just begun. Stay tuned!