Featuring:
Featuring the musical stylings of The Funk Hunters, Chali 2na, and Roister! 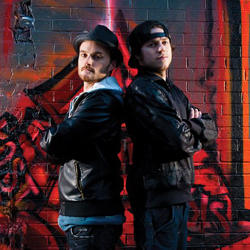 The Funk Hunters are one of Canada’s busiest electronic acts. Performing their signature high-energy DJ sets and groundbreaking Audio-Visual show at some of the world’s most popular music festivals and clubs has earned them an international following. The duo (Dunks & The Outlier) first teamed up because of a mutual love for “Hunting” good music, and today this passion still rings true as they continue to champion the simple but often lost idea that the music itself comes first, regardless of attachments to genre. The Funk Hunters name is now in high demand, receiving bookings, accolades, and remix requests from all corners of the electronic music scene. The duo was a featured act at several major North American festivals in 2013/14 including Squamish Festival, Ottawa Blues, Shambhala, WTF Festival, Burningman, Wakarua as well as some Australian & New Zealand festivals like Earth Frequency, Rhythm & Alps, Splore and Rainbow Serpent. 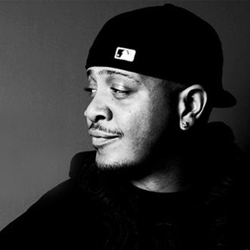 With his unmistakable baritone voice and 6-and-a-half foot charm, Chali 2na has established himself as one of hiphop’s preeminent and charismatic personalities, and has also garnered renowned praise as a visual artist across a wide spectrum of mediums. Most known for his association with the music groups Jurassic 5 and Ozomatli, Chali released his debut solo album “Fish Outta Water” in 2009. Since then, he has been touring the world with his 3-piece live band know as the House Of Vibe. Breathing new life into his musical past, he recently announced “Against The Current”, a music and art project that combines a series of genre bending EPs with a coffee table book feature original artwork and photography from Chali himself. Chali relocated from Chicago to LA in the early 80’s when he was entering his teens and was instantly engulfed by the worlds of hip hop and graffiti. As his music career began to flourish, his artistic talents also expanded past the walls of city streets and onto canvas. Now, as Chali’s collection continues to grow he is finding unique ways to share his visual art with the world, and demand for it is snowballing. In 2013, Chali 2na reunited with Jurassic 5 for a long run of Festival appearances and a World Tour premiering at Coachella. Chali’s growing reputation as a Hip Hop Legend paints a bright future as he continues to build momentum with his paintings, voice-over work, and numerous music and performance collaborations. 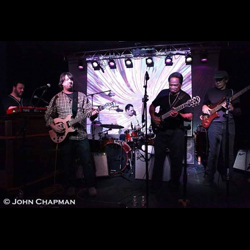 Definition: To enjoy oneself. To celebrate in a noisy or boisterous way.
-“workers from the refinery roistered in the bars”

The vision of Roister is to provide a celebration of life, dance, and improv music in a live scenario. Although there is a song structure, deviation is greatly encouraged.

The band:
Markus Messina first met Ray White in Eureka, California. Rubin Diaz introduced the two and they knew a collaboration had begun. Ray knew Tom Fowler, bassist for The Mothers of Invention, Jean Luc Ponty, and Ray Charles would be the right fit. Tom brings his knowledge and love of jazz , fusion, and funk to the groups vibe. Thomas McCree, Drums, was introduced via Melvin Seals and immediately hired. Thomas is a Bay Area native who knows how to drive this music to the next level. Brian Swislow, keyboards, adds his seasoned knowledge of innovative improv jams, funk , acid jazz, and fusion to the group taking advantage of the space and groove provided.

Roister prides itself on providing a one time musical experience every show. With Ray at the helm, Roister is able to have a conversation with the audience each night, assuring every set is much different than the next. The first run of shows have gotten a great response from venue management and fans alike. The Roister roster, sometimes features Robert Martin(Frank Zappa) on keys and sax, Albert Wing(Frank Zappa,Diana Ross) sax, Marty Kondziolka (Million Dollar Quartet, Cornmeal) Melvin Seals, Cheryl Rucker and Shirley Starks(JGB). Roister spent last summer playing venues such as Bell’s Brewery in Kalamazoo Mi. The Blind Pig in Ann Arbor, The Livery in St. Joseph Michigan and Martyr’s in Chicago. The bottom line is you will not be disappointed to have this group on your stage or venue. They are seasoned musicians who bring big energy and spontaneity to any club or festival out there. 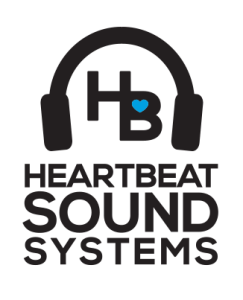